Posted on June 3, 2020 by crimemysteryfestival 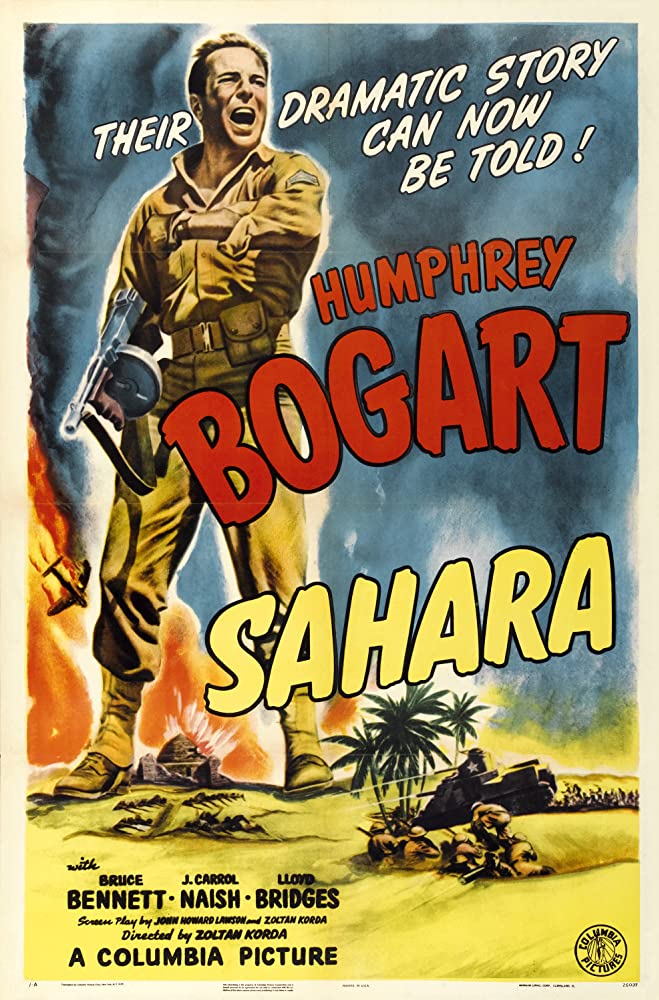 Humphrey Bogart stars in this World War Two drama as a tank commander in charge of a collection of allied soldiers. Here’s my review of the film, Sahara (1943) Tagline – SENSATIONAL! DRAMATIC! EMOTIONAL! MEMORABLE! What’s going down? Sometime during 1942 during WW2 the Allied forces were fighting General Rommel in the North African Campaign around […]